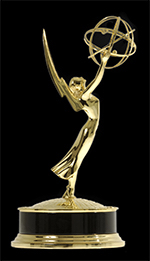 I like Python’s Scrapy (et al.) for web scraping and NLTK / scikit-learn / Pandas for text and data analysis. I like Python’s Flask for building dynamic websites and how it allows integration with Machine Learning algorithms for web apps. I can use Regular Expressions, Git, and the Unix Shell, and work with numerous databases. I’m a contributing member of the DataScienceLA blog.

I have a small, constantly growing kit of cameras, lights, sound equipment, green screens, etc. Edit in Premiere Pro and do Motion Graphics in After Effects and Photoshop. Some proficiency in Adobe Animate cc (formerly Flash) that will output to HTML5, SVG, GIF, banners and movies. I’ve also studied and shot photography for over 30 years. I especially like to photograph people and do portrait retouching. This can come in handy for research projects, presentations, new business pitches, events and Social Media.

Writing a  book on Beliefs & Reframing for advertising.
Learn More

Spent over 20 years studying Ericksonian Hypnosis and Neuro-Linguistic-Programming (a so-so psychology system that uses the metaphor of computer programming at its core, building models, etc.) Mostly because I’m fascinated by how language can be used, in a respectful and helpful way, to change beliefs. I’m currently writing a book “Framing & Reframing for Advertising” (based on the brilliant work of Robert Dilts, L. Michael Hall, et al.)

I’m proficient in HTML, CSS and Bootstrap. I built this site in WordPress. I do some interactive JavaScript but have more love JQuery. I built a functioning web app using Node.js (JavaScript), some open-source code, and IBM Watson that can transcribe audio/video with about 90-95% accuracy – very useful for text mining things like focus group recordings, Ted Talks, podcasts, etc.

Studied Creativity for years. (“Why is this important?”)
Learn More

I’ve learned and practiced the teachings of Edward de Bono, Roger von Oech, Jack Foster (He actually wrote about me in his book “How to get ideas.”), Robert Dilts work modeling Walt Disney’s creative strategy, et al. This thinking plays a big part in my understanding of what techniques, tools and algorithms can be helpful for creatives.

*You changed your name to Les Guessing? WTF?
Learn More

A couple of years back I was asked to present at a data conference, the Drive Conference in Seattle. I would be presenting with (among others) the man who headed up Obama’s election-winning approach to using data. I thought about giving a presentation called “Better Creative, Less Guessing”. It occurred to me that Less Guessing sounded like the name of the person giving the presentation, and a great branding idea if I presented. (Ultimately, I decided I wasn’t far enough along in my work to speak about it, but did shoot a cool video for the conference.)

Somewhere around that time, Marketer and Author Faith Popcorn, friended me on LinkedIn. Faith is famous for changing her name and suggesting everyone should change their name every 10 years just to shake things up. As a writer, I considered just using Les Guessing as a Pseudonym. (A common practice for writers, actors, singers, etc.). But then I realized that practically, I would need to fill out tons of paper work when I work at agencies and companies, and it would be confusing to be called Les Guessing but legally still be Jeff Weakley. So I legally changed my name to Les Bad Guessing. (Funny court experience doing this). Plus, it’s fun and kinda funny. (Though granted, it has met with mixed response.)

This is an exciting new ad-venture in my life. Good information reduces uncertainty. Les Guessing is a mnemonic, a promise and a great two-word tagline for my business. I know it’s weird but we’ll both get used to it in no time.